The Biggest Bundesliga Win? Thanks to Borussia Dortmund! 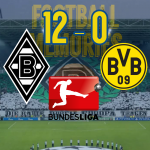 This is the biggest defeats for Dortmund and the Biggest Bundesliga win ever!

It’s the last match of the season and FC Köln and Borussia Mönchengladbach are in the first position with the same points, but FC Köln had a far superior goal difference of +10.
So Mönchengladbach have to win with more than 10 goals and hope that FC Köln won with few goals.

The Borussia Dortmund worst defeat was without pain

The 1978 Borussia Dortmund was far away from the good team we well know in this years. They came back in Bundesliga in 1976 and manage to stay in Bundesliga only three matches before the end of the season. 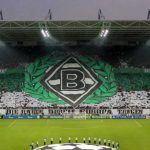 But the Biggest Bundesliga win was useful!

FC Köln won their game away against FC St. Pauli 5–0 and became champions thanks to their slightly better goal difference. This was FC Köln‘s third and, as of 2017, last Bundesliga title.

Details of the Biggest Bundesliga win