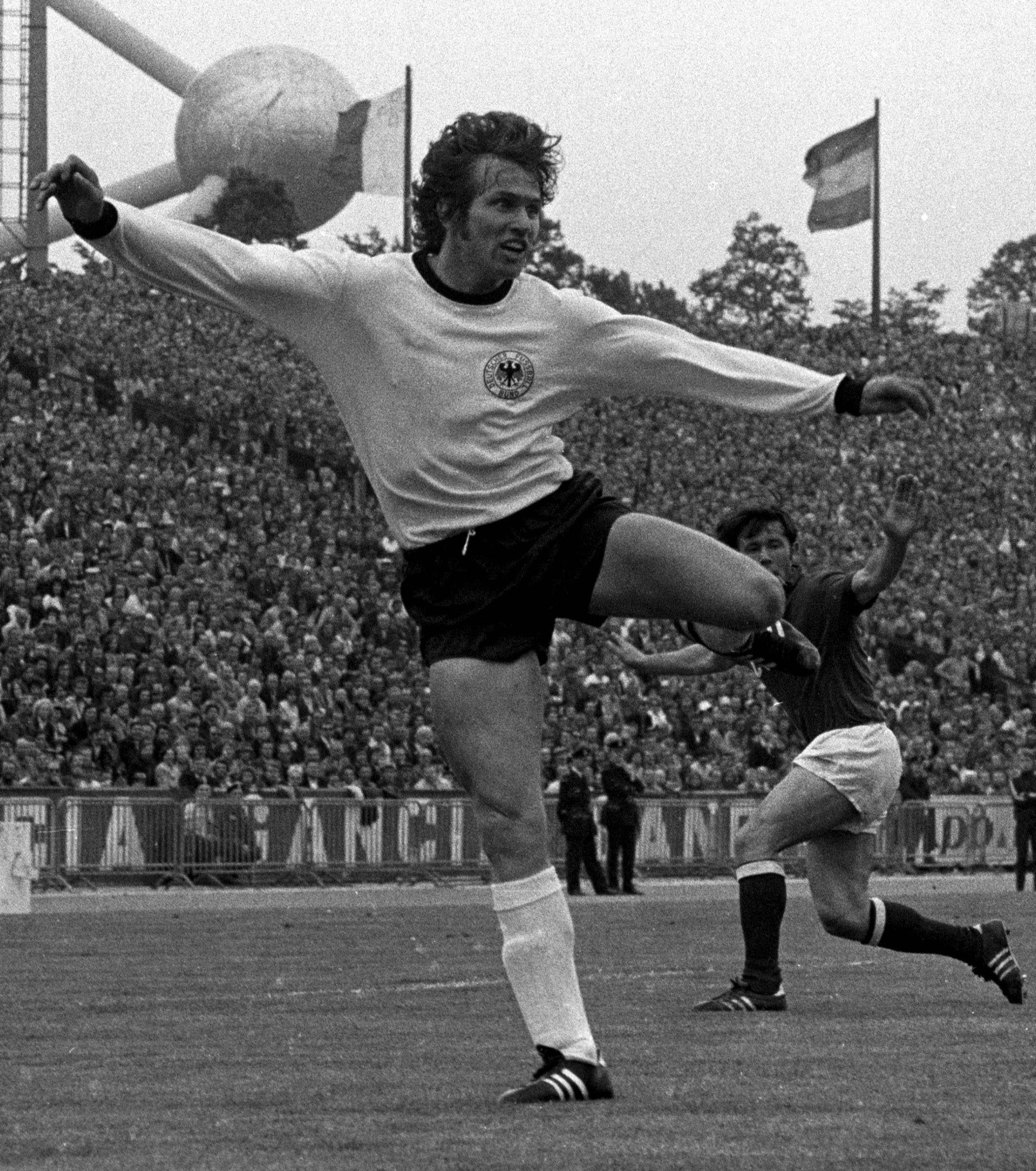 But another player made the Bundesliga History: Josef “Jupp” Heynckes.

He is the third Bundesliga Top Scorers of all time

Born 9 May 1945 in Mönchengladbach, he spent almost is career in his home team.

He is also the third highest scorer in Bundesliga of all time after Gerd Müller’s 365 goals and Klaus Fischer’s 268 goals.

In his debut season, he scored, in the second division, 23 goals in 25 matches.

After 3 seasons in Hannover 96, he returns to Borussia Mönchengladbach and won the Bundesliga in 1970-71.

In this years he fights for the Bundesliga Top Scorers chart with Gerd Müller.

Winners in Germany and some Glory in Europe

The Gladbach with Heynckes was a winning team in Bundesliga and had some good results in Europe, winning a UEFA Cup in 1974–75 and reaching the European Cup final, lost out to Liverpool 3–1 at Rome’s Stadio Olimpico.

He scored 18 goals in the 1977/78 Bundesliga season, including five in the Biggest Bundesliga win 12-0 against Borussia Dortmund.

In the national team, he won the 1972 UEFA European Championship and the 1974 FIFA World Cup.