Lobanovskyi Pressing: Because each player must play for the team, not for himself [VIDEO] 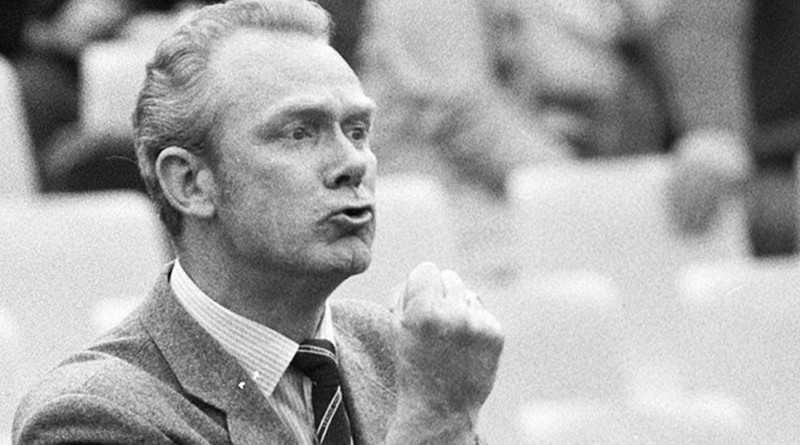 Lobanovskyi Pressing and the trophies with Dinamo Kyiv

He start as a coach of Dnipro Dnipropetrovsk, and after 4 years he moved to his former club, Dinamo Kyiv managing the team for 15 years with only 2 years of stop because he managed the USSR.

With Dinamo Kyiv he started a new concept of Football, where the team is more important than the individuals. The Lobanovskyi Pressing is taking form. 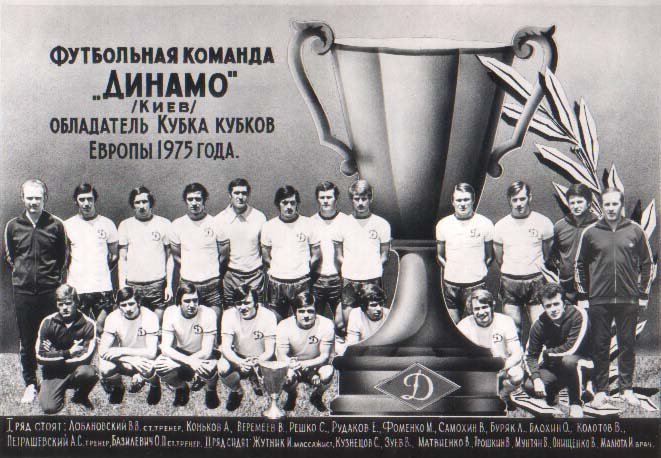 The Lobanovskyi Tactics were simple but at the same time really effective: a 4-4-2 with “no roles”. There are not defenders and forwards, but there are players as “aggressors” and players that “defending” and they must communicate each other. Looks hard with words, but the concept for the 70s was revolutionary.

In the 70s, Dinamo Kyiv is the best team in the Soviet Union and in Europe, the Dinamo Kyiv won the 1975 UEFA Cup Winners Cup,  and the UEFA Super Cup against the Bayern Munich of Beckenbauer.

After the triumph in USSR, the regime called him to manage the National Team, but in the European Championship of 1976 the Soviet Union was eliminated by the Czechoslovakia.

Lobanovskyi led the Russian Football from “amateur” to “professional”

Thanks to him, in the 80s the Football in Russia start to be considered as a profession and not only a sport for amateurs.

The “Master” with the new concept of Lobanovskyi Pressing and Universal Team, did the history winning 3-0 the Atletico Madrid in the 1986 UEFA Cup Winners Cup Final.

With a lot of players from Dinamo Kyiv, USSR started great at the World Cup 1986, but in the 32nd Round, the Belgium won 4-3.

In the European Cup 1988 USSR did well and had to stop only in Final against one of the strongest Netherland of all time with the best goal of Van Basten.

The 90s: the USSR doesn’t exist anymore, and the best players went to the Western Europe

After 2 not happy coaching experience with UAE and Kuwait, he went back to manage Dinamo Kyiv when he and the team look to be over.

In his memory, Shevchenko brings the 2003 Champions League won with Milan at the cemetery, at Baikove Cemetery an impressive monument surrounds his tomb and in January 2017, Lobanovskyi was named among the 10 greatest coaches since the foundation of UEFA in 1954.

Also, the Dynamo Kyiv’s stadium was also renamed the Lobanovsky Stadium in his honour. 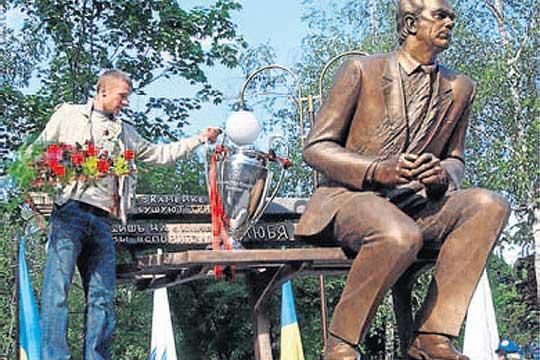