On This Day in Champions League: Benfica the first after Real Madrid! 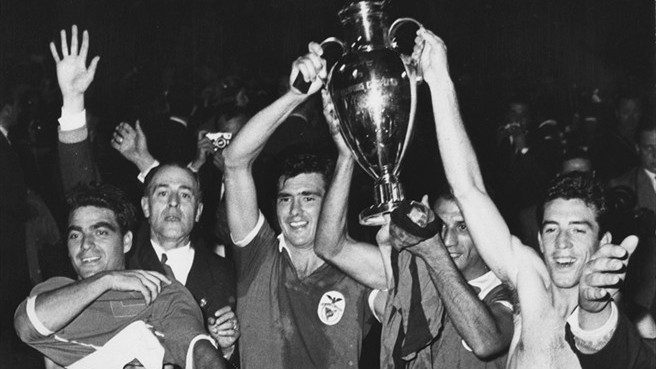 On This Day in Champions League was played the final Benfica – Barcelona.

For the teams were the first final ever.

The other European Cup finals were:

José Águas score one goal in this final and was the top-scorer of the Champions League 1961.

He was a tremendous striker, scoring 290 goals in 281 Apps with Benfica.

On the other side, in the Hungarian footballer era (remember Puskas in Real Madrid?), Barcelona fight until the end and scored two goals with Sándor Kocsis and Zoltán Czibor.

But the Portuguese team won this Champions League and was the first of two in a row.

No glory for Barcelona, they had to wait 31 years for the Champions League, until 1992, when they won against Sampdoria 1-0 with a free kick by Koeman.