On This Day in Football. The Battle of Santiago in the World Cup 1962 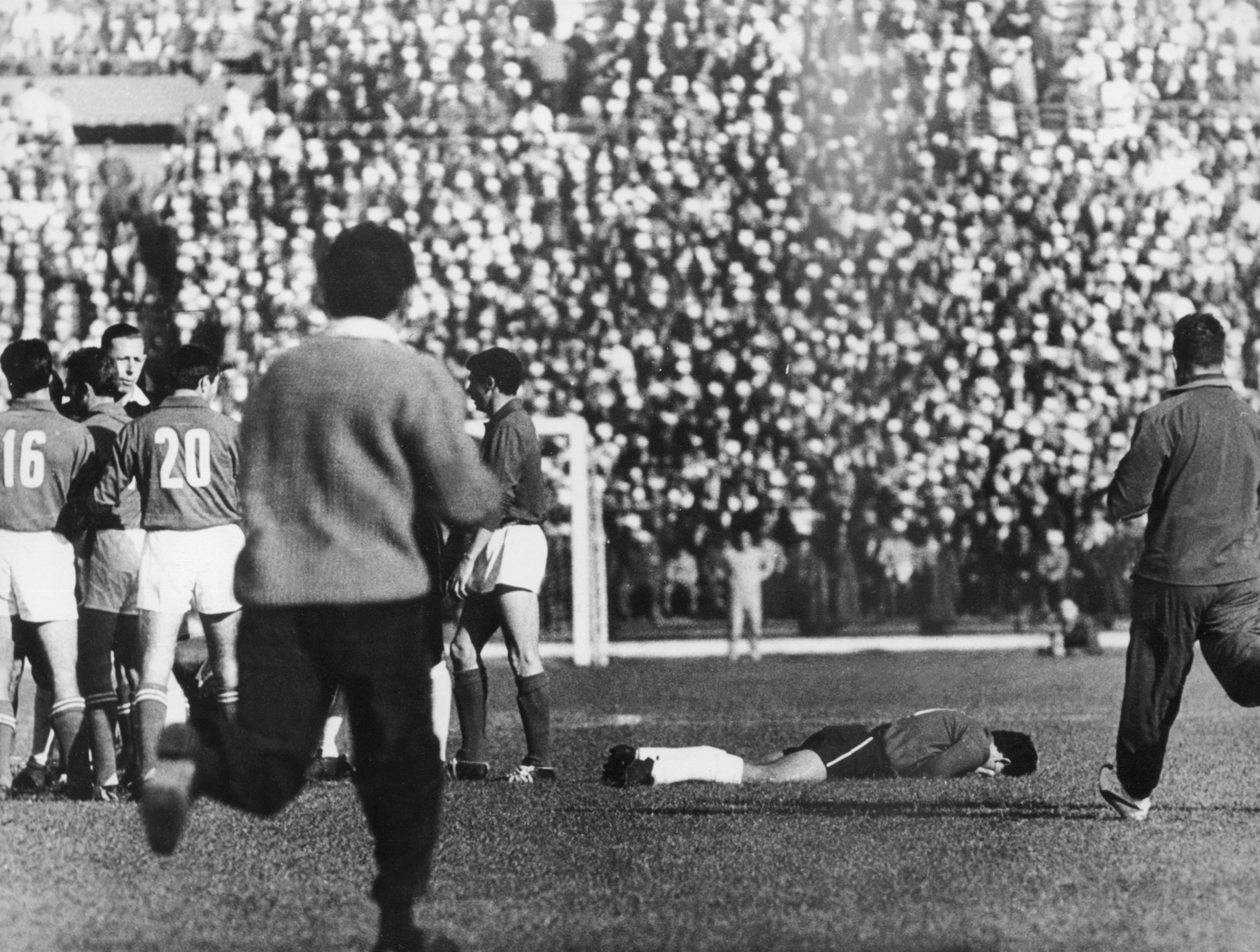 The Battle of Santiago in the World Cup 1962

The Battle of Santiago is the name given to the match Chile – Italy in the World Cup 1962.

Before the World Cup two Italian journalist, Antonio Ghirelli and Corrado Pizzinelli wrote a bad article about the situation in Santiago, the capital of Chile.

They wrote that Chile was similar to some places in Asia or Africa, call the Chileans “regressed”.

The reaction was strong: the newspaper El Clarín wrote “World War”, Revista Estadio wrote that “there is poverty in the south of Italy too, but we prefer to speak about Venice or Florence”.

Coming back to football, Chileans didn’t like the presence of “oriundi” (Argentinian player became Italian) in the Italian national team, because of the bad relationship that Chile had with Argentina.

Chile was angry for the draw too because in the Group they had to play against West Germany and Italy, two really strong European national teams.

The referee was the English Aston

The match started and after 8 minutes the Italian player Ferrini was expelled. He didn’t want to go away and the police had to take him outside the ground.

In the fight against Chileans and Italians players, Leonel Sánchez punches the “oriundo” Maschio, breaking his nose. Without substitutions admitted, Italy had to play with 10 men and 1 injuried.

At every referee whistles, the players started to argue with him.

Minute 38′, the Italian player David made a foul against Sanchez, he punched him but the referee didn’t give the red card.

So after 3 minutes, David made his personal revenge, giving a flying kick to Sanchez. This time the referee sent the Italian off.

Reactions after the match

The match was famously introduced by BBC sports commentator David Coleman as: “the most stupid, appalling, disgusting and disgraceful exhibition of football, possibly in the history of the game.”

In Milan, the police had to watch over the Chilean’s embassy for some days.

Fortunately, there were no other matches like this in the World Cup history.