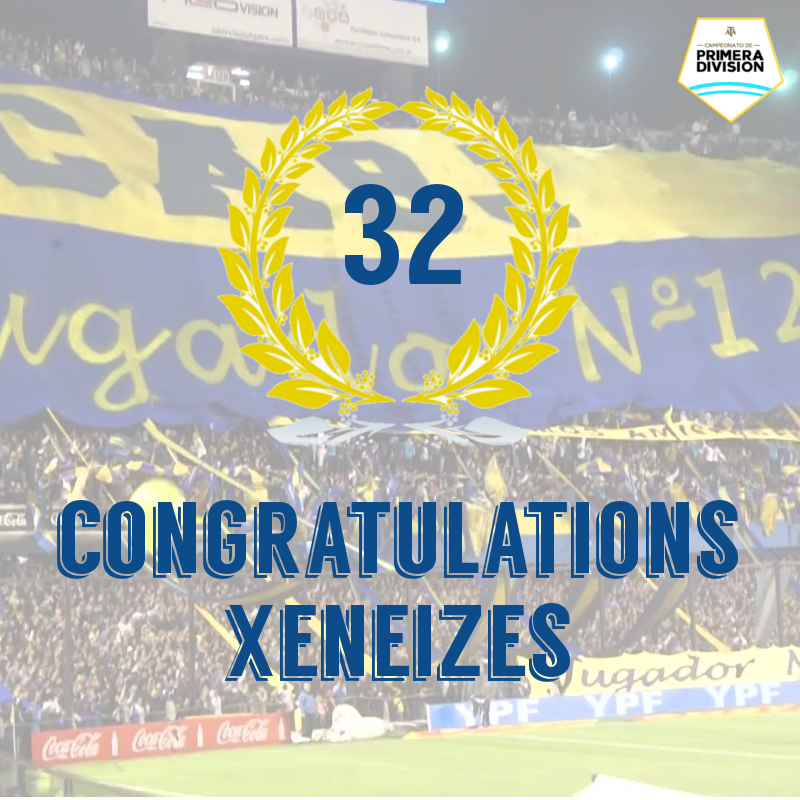 Congratulations to Boca Juniors, winners of the Primera Division 2016-17.

The Xeneizes won a total of 32 Primera Division.

With 18 titles recognized by FIFA, the Argentian Team is the fourth team with most International Trophy after Real Madrid (21), Barcelona (20) and Al Ahly (20).