On this day in Football: North Korea v Italy 1-0 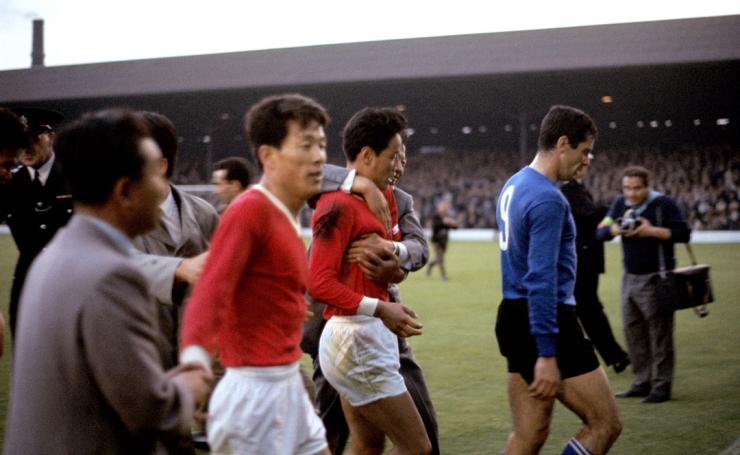 Italy was one of the best team of the World at that time, with no outstanding players but with some great names like Giacinto Facchetti, Giacomo Bulgarelli, Gianni Rivera and Sandro Mazzola.

North Korea was considered one of the worst team of the World Cup 1966, a team of amateurs.

The worst defect of Italy in the World Cup ever

In Italy this match is still considered one of the worst defeat in the World Cup.

Italy had good chances to score at the beginning of the match.

But at the minute 42 the North Korean Pak Doo Ik scored and Italy can’t react.