All the goals by goalkeepers in Serie A. From Rampulla to Brignoli 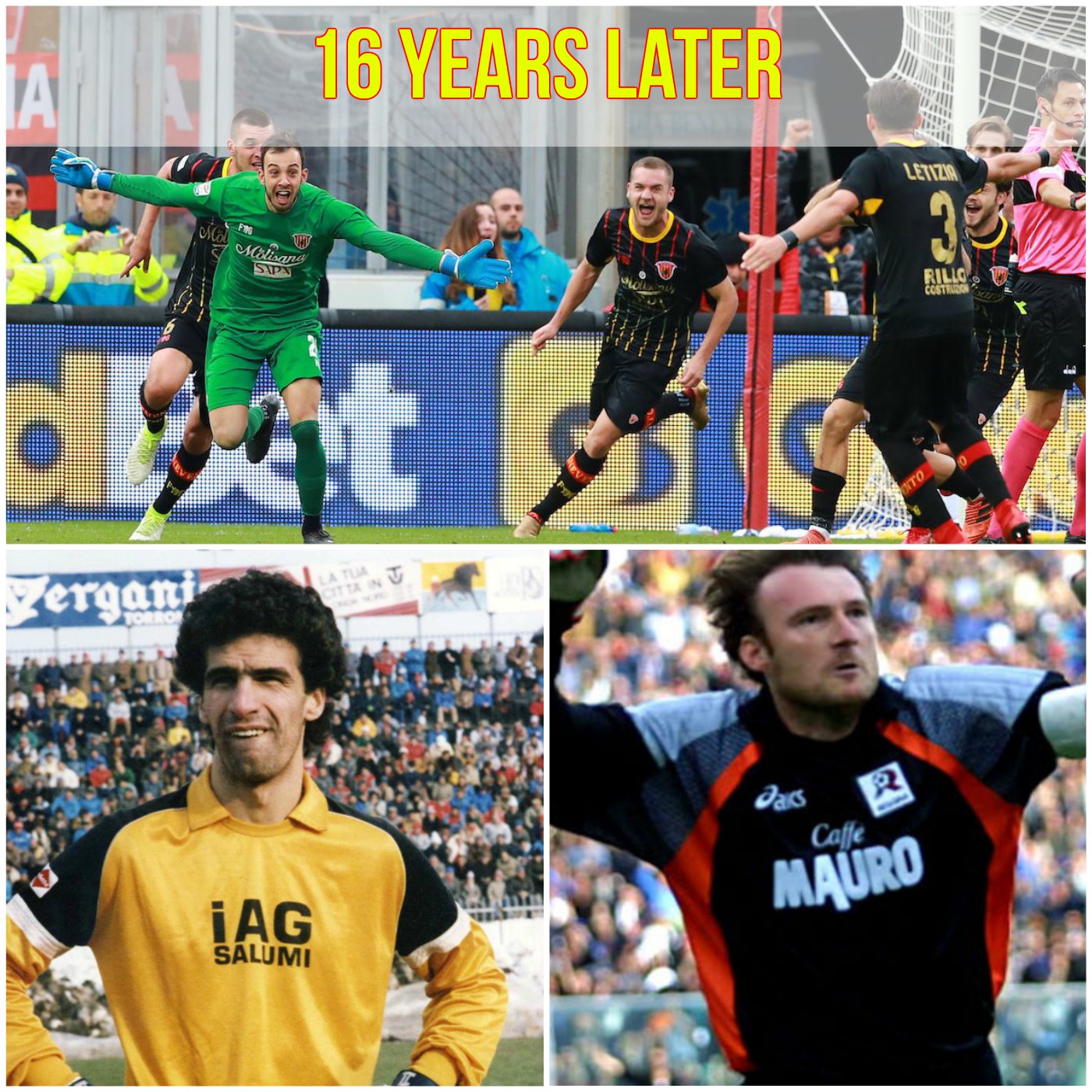 All the goals by goalkeepers in Serie A

Alberto Brignoli became the heroes of Benevento. Thanks to his goal, the team made the first point in Serie A. But he is not the first goalkeeper to score in the Serie A.

All the goals by goalkeepers in Serie A

The goal made by Alberto Brignoli is not the first one made by a goalkeeper in Serie A.

Looking back in history, we found all the goals by goalkeepers in Serie A.

The last one was made the 1st April 2001, when Taibi scored for Reggina the 1-1 against Udinese. Like an April Fool.

Before Taibi, the first goalkeeper to score during an action was Michelangelo Rampulla. Again, he scored the 1-1 for Cremonese in the derby against Atalanta.

The first goalkeeper who scored a goal in Serie A

The first ever goalkeeper to score a goal in Serie A was Lucidio Sentimenti (Sentimenti IV, playing for Juventus from 1942 to 1949) but he scored only penalties.

After Sentimenti, 30 years later, Antonio Rigamonti (playing for AC Milan from 1976 to 1980) scored again in serie A, but again, only with penalties.

The only Italian to score in the European Competitions

All the goals by goalkeepers in Serie A are already finished (yes, there were only five in total).

Marco Amelia never scored in Serie A, but in 2006 scored the equalizer for Livorno against Partizan in the group stage of Europa League.

READ MORE: Top 10 Best Goalkeeper Ever in the World

In the other championship, mostly in South America, other goalkeepers scored and scored a lot of goals.

He is a great free-kick taker, and he is already hit a bar in the Coppa Italia’s match Torino-Carpi.

So, we have to wait 16 years, or another goalkeeper will score earlier?