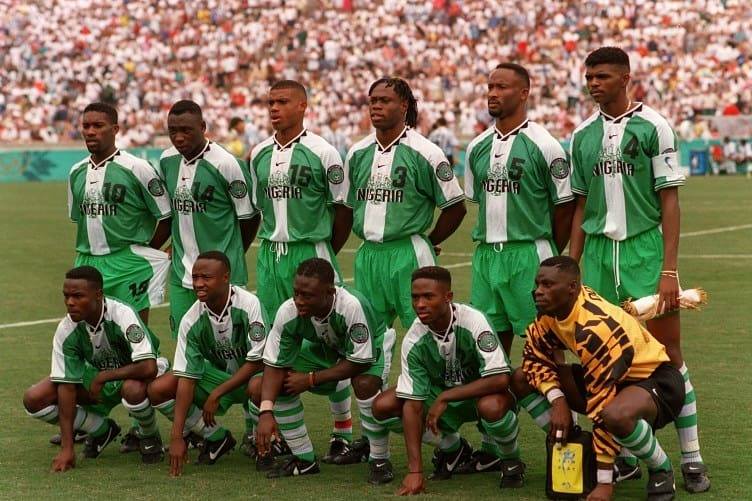 Atlanta Olympics Games. 3 August 1996. The Super Eagles are on the top of the World.

In the football final, the African Team won 3-2 against Argentina.

After the semi-final against Brazil, won 4-3, the Nigeria 1996 Olympics Team made again history

The football in the Olympics Game could be surprising like the Gold Medal won by Mexico in 2012.

But in Athens (Georgia) an undreamable thing happened. An African Team won a trophy in football.

The football in Africa was growing in this era, already Cameron in the 1990 World Cup and Nigeria in 1994 did well, but without medals.

The Best African Team ever?

The most talented player in the team was Nwanko Kanu, 20 years old and a lot of victories with Ajax (Champions League, Intercontinental Cup, European Supercup, 3 Eredivisie, 3 Netherlands Supercups).

After a thrilling group stage, Nigeria won 2-0 in the quarter-finals against Mexico and met again Brazil in the semi-finals.

The first half was 3-1 for the Brazilian team, but in the second half, the Nigerian Team scored 2 goals (the second in the last seconds with Kanu).

After 4 minutes of extra time, the Golden Goal made again by Kanu.

Nigeria v Argentina, the final of the Olympics Games 1996

At the minute 90 Amuneke scored the goal of the victory for the Super Eagles.

After this Gold Medal, all Africa celebrated. Kanu played for Inter with Ronaldo in the season 1997-98.

Jay-Jay Okocha played for PSG and Bolton and Ikpeba for Monaco (France).

With disappointment, this great team didn’t play a great World Cup in France in 1998.

But the beginning of the great African players just began.