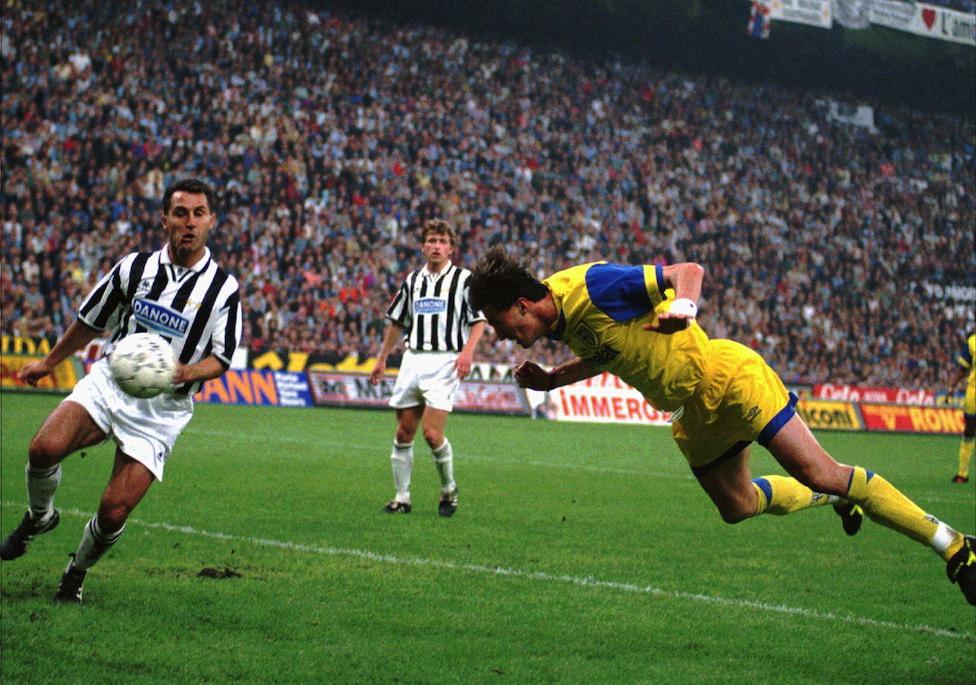 In the 90s was easy to find two Italians teams in a Final of a European Competition. For the third time, two Italians teams meet each other in a UEFA Cup Final. The first match was in 1989/90 (Juventus v Fiorentina) and in 1990/91 (Inter v Roma). 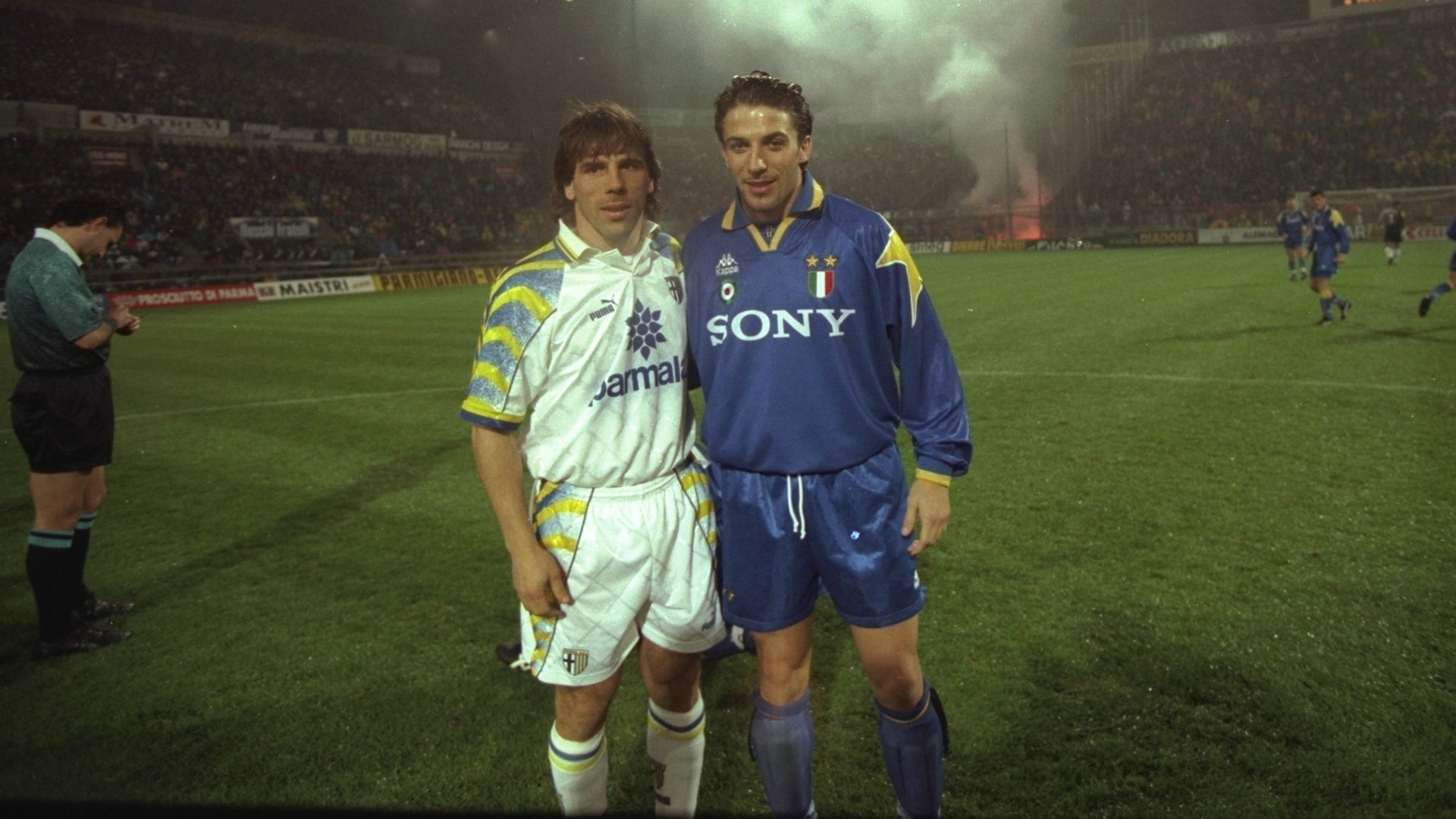 Marcello Lippi had good players on his team (Baggio, Vialli and Ravanelli, with Del Piero ready to come in). Parma was a great team in those years, with players like Zola, Asprilla, Couto, Dino Baggio.

The match started in a good way for Juventus and after 33 minutes Vialli scored the 1-0 with a great goal.

But in the second half, after a good chance for Torricelli, Parma scored with Dino Baggio the 1-1.

The match finished with this score and for Parma was the second European Trophy after the Cup Winners’ Cup of 1992/93.