The Biggest Derbies in Football in Europe 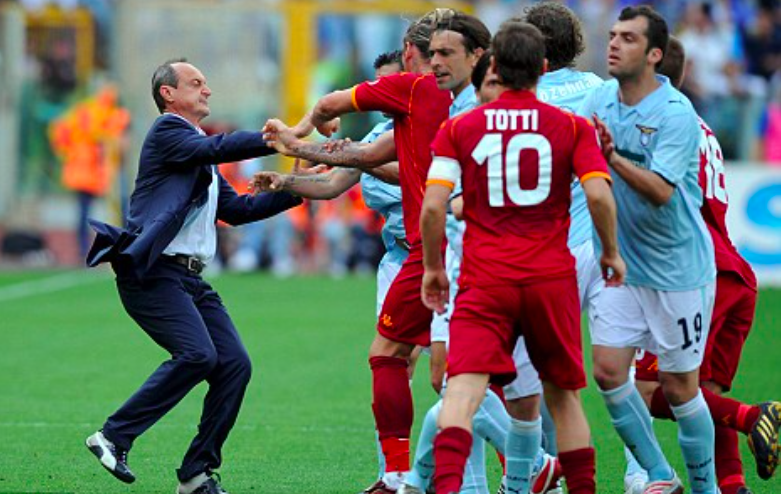 Biggest Derbies in Football in Europe

The Biggest Derbies in Football in Europe

I don’t want to make a real “top 15” because I think every city feel a lot the derby against the “other half”.

In my opinion, these are the biggest derbies in football in Europe

The “Derbi Barceloní” is like the fight of David vs Goliath. Though it is the most played local derby in the history of La Liga, it is also the most unbalanced, with Barcelona overwhelmingly dominant.

The “Derby de Lisboa” is more balanced than Barcelona v Espanyol. The two teams are not only rivals for being the best of the city, but often the match is crucial for the victory of the championship.

The “Derby della Madonnina” is a classic match in the Serie A. A lot of legends played this derby, Maldini, Ronaldo, Ibrahimovic, Baresi, Zenga, Baggio and so on!

The Merseyside derby is the longest running top-flight derby in England, having been played continuously since the 1962–63 season.

“El Derbi Madrileño” in the last years was crucial for the victory of the “Liga” and for the Champions League.

The “Derby of the eternal rivals” or the “Mother of all battles” have no need of presentation. Just look how is called. This derby is the match of the two most successful clubs of Greece.

The “Derby della Lanterna” is one of the most passionate derby in Europe and the maybe the World. Is more similar to the derbies in South American than the ones played in Europe.

The “Derby della Capitale” it’s considered to be the fiercest intra-city derby in Italy and one of the greatest and hotly contested derbies in Europe.

The “Intercontinental Derby” is the game of two teams of different Continents but the same city. In fact, two major Turkish teams from the Asian and the European parts of Istanbul, respectively.

The “Dockers derby” is one of the longest-standing and most bitter in English football. This is for sure one of the Biggest Derbies in Football in Europe.

This is not only a football match. This is a match that involves history, politics and religion too. The “Old Firm” is one of the most famous derbies in the World.

The “Eternal Derby” is the derby of the two of the biggest and most popular clubs in Serbia. It has been described as “one of European football’s most bitter rivalries”.